Financial illiteracy is something to work on

Read this article on ‘Money $marts!’ workshop as featured in ‘The National’.

Sam Smart is lucky – or so it seems. With the equivalent of Dh1 million in savings, and a plan to buy a house next year, he is in a secure financial position.

But things are about to get tough. Within the next year, he will lose his job or suffer a personal catastrophe, his credit card debt will rise as he struggles to get by, and there will be a global event that will further affect his finances.

We can say all this with certainty because he is not real. He is a character in a board game used in a programme designed for companies that want to help their staff brush up on their personal finances knowledge.

“If we look at people who are distracted by personal finance issues, what happens at work?” says Patricia O’Sullivan, managing director of PROTRAINING, which runs the programme, called Money $marts. “They manage their issues at work, so instead of working they are distracted. What happens to productivity then? It goes down. What happens to stress? It goes up. If people get themselves into financial challenges it does have an impact in the workplace.”

Money $marts is one of a handful of personal finance education programmes now available to UAE companies that want to help staff, struggling with the rising cost of living and heavy debts, manage their finances more effectively

Figures released in February by the ­National Bank of Abu Dhabi revealed that the average UAE resident had Dh42,571 of personal debt as of the third quarter of 2016, a figure which has risen steadily over the past couple of years. And the Central Bank of the UAE recently announced that total personal loans hit Dh349.9 billion in February, a 3 per cent increase on January.

Aarati Rai, 40, an Indian who grew up in Oman, attended another personal finance event run by Money $marts in March, and was similarly inspired.

While she has no debt, having paid off the multiple loans she took out at university, the training programme encouraged her to set up savings accounts for her various goals the day after her session. She particularly liked the game.

“It makes the short- and long-term consequences of your actions very tangible. Because they walk you through four years of the consequences of your choices,” she says. “To me that made it very real, and of course you get very competitive. But it does give you options and you can start to think very creatively about what you can do with the finite amount of money that you have got.”

The board game takes up about half of the two-day Money $marts programme, which launched this year after 12 months of planning and was designed with the help of financial consultants. During the first two years of the game, which takes place on the first day, Mr Smart builds up a large amount of credit card debt.

“We break after two years and we talk about credit cards. The advantages and the perils, if you like, the potential for trouble, and how to use credit cards responsibly,” says Ms O’Sullivan.

“Then Mr Smart buys a house, so we look at that. And by the fourth year they are making their own decisions on making investments, reducing their debt, increasing their income, especially around passive income. And they are doing this in a team. There are three or four people to each team. They have opportunities to buy houses, gold, stocks, so there is investment.”

Ms O’Sullivan decided to use a board game to teach personal finance because she felt it was inappropriate to ask for examples from people.

“We have found on the second day that everyone is talking about their personal situation and challenges they face. But it does take time to get to that point,” she says.

The programme also includes a money personality quiz, where people find out whether they are a spender or a saver. People do not need a quiz to know they are a spender, says Ms O’Sullivan, but seeing it in black and white tends to bring it home.

In addition, the programme discusses people’s financial goals; assets and liabilities; compound interest and other forms of passive income, budgeting and saving.

“The one that often has the most impact on them is the session on budgeting and saving, on the second day. We ask them to plan the financial life they are running,” says Ms O’Sullivan, who reveals that discussions around credit cards also resonate. “We get them to check the annual percentages on their credit cards. Monthly it might only be 1 to 2 per cent, but annually it could be 18 per cent to 20 per cent,” says Ms O’Sullivan. In reality, the figures are much higher. According to Souqalmal.com, the average annual percentage rate on UAE credit cards is around the 40 per cent mark.

Oshba Mubarak, learning and development manager for Aldar Properties, which invited PROTRAINING to present a showcase with a view to rolling it out across the group, says the financial information was presented in a fun and easily understandable way.

“I have attended a couple of sessions with another company where it was a very business driven simulation with fin­ance, but I think this one is where you put it into the personal and practical terms, people have more buy-in with it,” says Ms Mubarak.

But while educating staff on better money management is important, it’s something a company must budget for itself. However, while the Money $marts team have only run a few sessions so far, with 10 more in the pipeline by the end of the year, they have noticed an immediate effect.

“We have had people go home and pay off their entire credit card balance at the end of that first day. We have had somebody who went away and bought gold,” says Ms O’Sullivan. “Even though we say this is not investment advice they are inspired.”

How Can We Help?

Whether you are looking to find out more about the work we do, how we can help transform your business or just be part of one of our upcoming workshops, we are happy to answer all your queries. 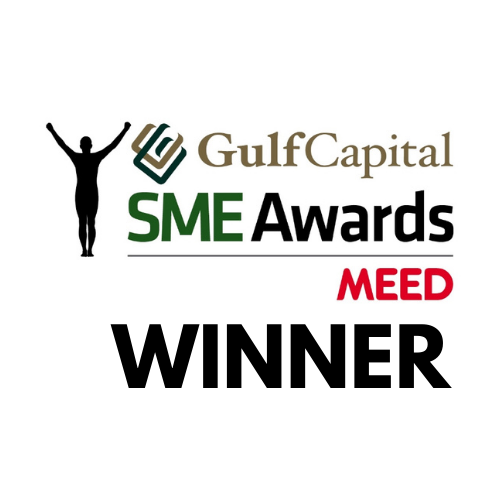 Stay up to date with the PRO's